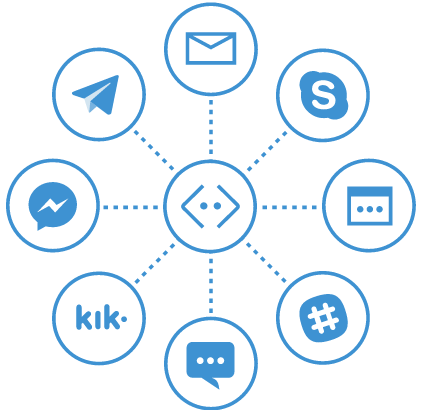 In the last couple of months the Microsoft Azure Bot Service went GA (Generally Available), which was great news for all of the developers out there who have been using the platform and the associated Bot Builder SDK to build bots that can be surfaced across multiple channels, like Facebook, web chat, Skype, Slack and many more.  Production bots right now, hosted on the Azure Bot Service, use v3 of the SDK and it provides a solid platform for developing all sorts of types of chat bot scenarios.

Looking ahead, in the last couple of weeks, Microsoft has open sourced the next version, v4, of the SDK which is now under active development on GitHub.  I applaud the Bot Framework team at Microsoft for taking this approach (now becoming more and more common at Microsoft) of developing the SDK in the open and accepting contributions and feedback from the community, helping to ensure the next version builds on the awesomeness of the last.

I should say at this point, the team are very clear that v4 of the SDK is under active development and is therefore in a heavy state of flux and as such should only be used for experimentation purposes right now.  However, this gives us a great opportunity to see the direction of travel for the platform and Microsoft have even shared some of the high level roadmap for what we should expect looking forward over the next few months (again though, this is all subject to change).

Here are couple of highlights (keep reading for some roadmap details further on :))

Where can I find this stuff?

Right now the .NET and JavaScript v4 SDKs are available on GitHub over at the links below and each has a really helpful wiki showing how the SDKs work right now and these will be kept up to date over time.  So if you are interested, head on over and check out the progress so far.  I for one am really excited to see more of the great work from the team over the next few months!