I have created a short video introduction to LUIS (Language Understanding Intelligence Service), part of the Microsoft Cognitive Services suite.  You can also find my written walk through on getting started with LUIS here and find out how to integrate it with a bot here.

Recently those of us who work at Mando were lucky enough to receive an Amazon Echo Dot for us to start to play with and to see if we could innovate with them in any interesting ways and as I have been doing a lot of work recently with the Microsoft Bot Framework and the Microsoft Cognitive Services, this was something I was keen to do.  The Echo Dot, hardware that sits on top of the Alexa service is a very nice piece of kit for sure, but I quickly found some limitations once I started extending it with some skills of my own.  In this post I will talk about my experience so far and how you might be able to use Microsoft services to make up for some of the current Alexa shortcomings. END_OF_DOCUMENT_TOKEN_TO_BE_REPLACED

In this talk, that I gave at Mando‘s Provoke event in London last year, I talk at a high level about how machine learning and predictive analytics are starting to be used in marketing and to improve customer experience. 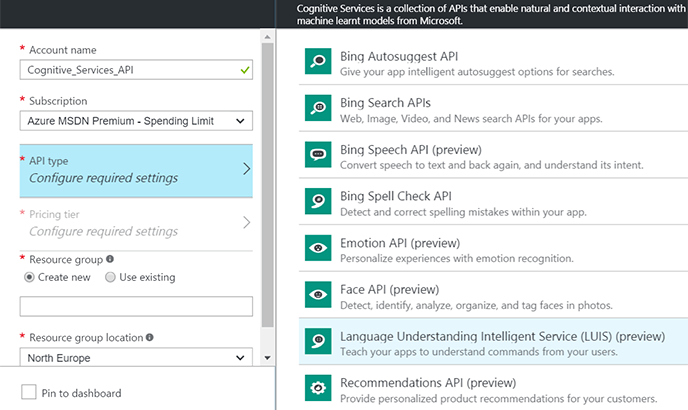 The LUIS service, part of the Cognitive Services suite, aids you with the task of natural language processing.  In my last post I created a natural language model using Microsoft’s LUIS service and in this post I am going to show you how to hook up the model I created, into a bot created using the Bot Framework and a special type of dialog class, the LUIS Dialog.  If you haven’t got a LUIS model already, go back and work through the last post, it really doesn’t take long.

Update: I have now published a quick video overview of LUIS including how to create your first model.

END_OF_DOCUMENT_TOKEN_TO_BE_REPLACED 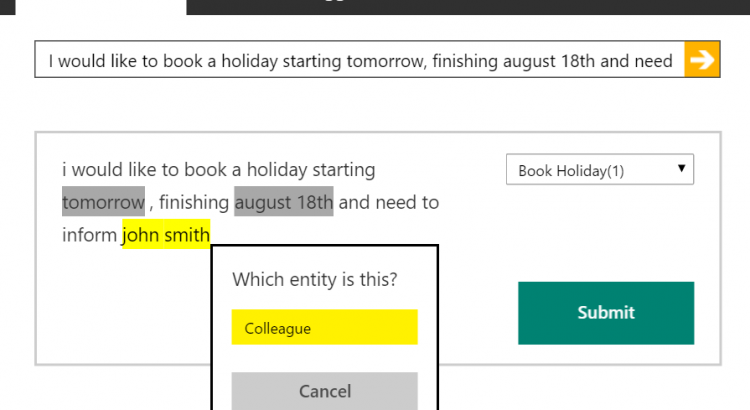 During this post I will introduce you to what the LUIS service is and show you how to build a model to aid in natural language understanding in your applications.

Update: I have now published a quick video overview of LUIS including how to create your first model.  END_OF_DOCUMENT_TOKEN_TO_BE_REPLACED